I like big cinnamon buns and I cannot lie...and I REALLY like the cheap, Pillsbury cinnamon buns.  You know -- the ones that give you total anxiety until you break the seal?  Every time I pull the paper back I always feel like Will Ferrell in Elf when he's testing out the Jack-in-the-Boxes.  I can't be the only one...

These cinnamon buns are honestly just as good as the Pillsbury kind, contain no nasty preservatives, and you get to feel like such a bad ass because you made your own bread (here's a fabulous challah recipe if you're into continuing to feel like a bad ass).  C loves him some cinnamon rolls, too, and after he ate these, he never mentioned the ones in the can were better, so I'm taking that as a total win because...well...toddlers are really honest people.

This recipe takes patience because you're letting the bread sit for awhile, BUT IT'S NOT HARD!  I repeat -- this is not hard!  You probably have most of the ingredients in your pantry or fridge, too.  Your little people can help you, too!  And did I mention just how satisfying it is punching dough that has risen?  It's one of the greatest, hidden joys in life.

Once you get your yeast activated, dough kneaded and risen, you'll roll it out into a 15 x 9" rectangle.  I used a knife to cut the access and stuck the leftover in the fridge (to use for what I'm not exactly sure).  But SOMETHING!

Roll 'er up with the sugar and cinnamon goodness.

Isn't it pretty?  Make sure you use a sharp knife or kitchen scissors.

The next morning, I stuck them in the oven, made the frosting, and BAM!  We enjoyed them while they were warm.

We like a lot of cream cheese frosting over here...but you can always adjust the cream cheese to confectioner's sugar to water ratio!

Fresh out of the oven... 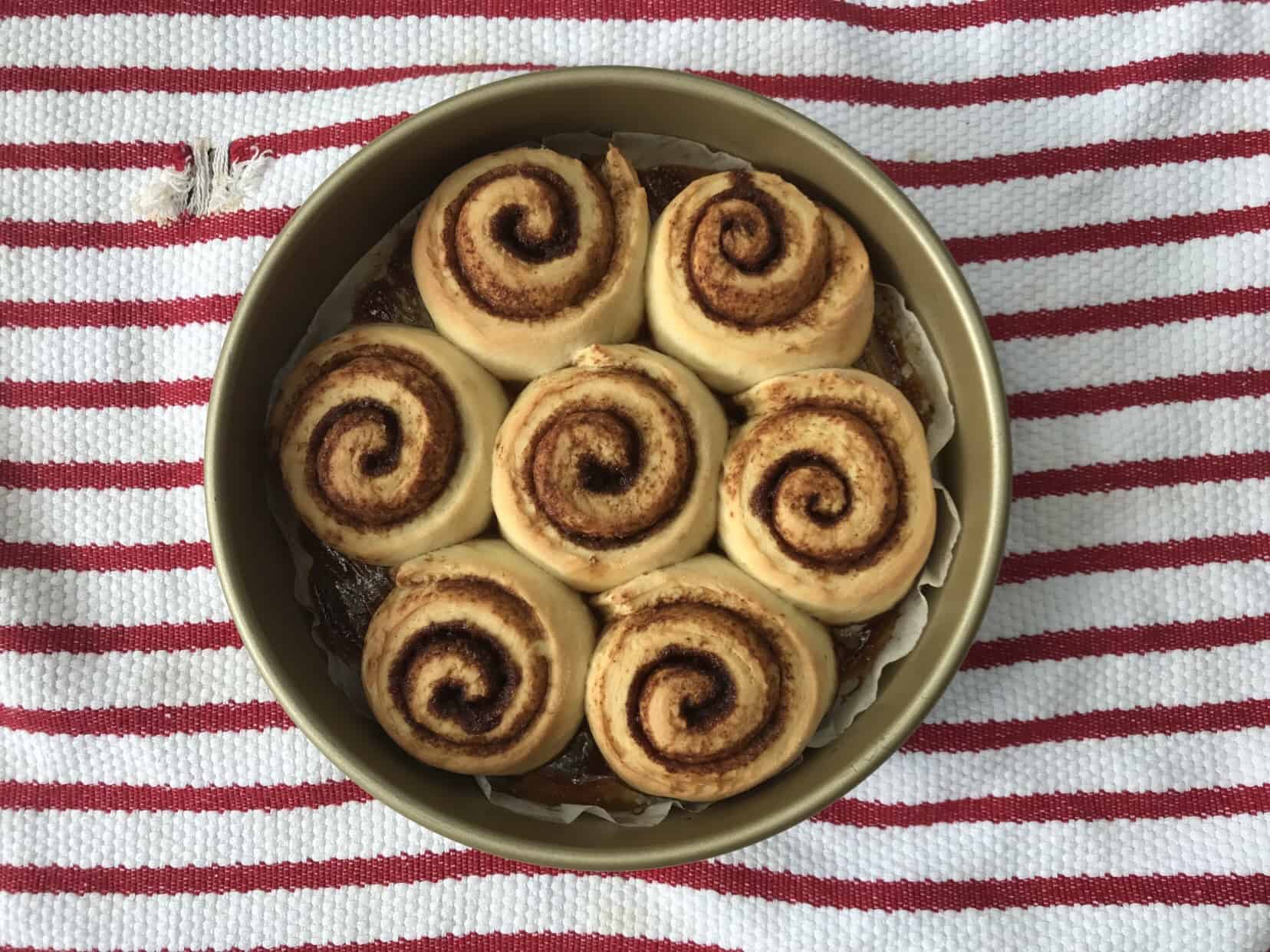 **This is where I stuck them in the refrigerator until the next morning. If you’re doing this, let them sit for about an hour before baking.   Store cinnamon buns in an airtight container in the refrigerator.  Heat in the microwave for a few seconds to reheat.