I really like using all parts of something.  Take my roasted rainbow carrot top pesto, for example.  There's something so gratifying about making something delicious with something I would have normally thrown in the trash.  I think that's why I love banana bread so much, too.  There's no shortage of overly-ripe bananas in our fruit basket which also holds other random stuff that's been accumulated throughout the month.  (Currently, ours also holds gummy bears from the airport to bribe the older one, nasal spray, and an unidentified charger in case you were interested.)

A few months ago, Bri reached up to the counter to grab one very black, squishy banana, and Connor flipped out like she was about to chug dish detergent: "No, Brianne!  You can't eat that one.  That banana can make banana bread in your stomach."  He's always looking out for his sister.  I always think about this when I'm making banana bread...which makes banana bread taste that much sweeter. 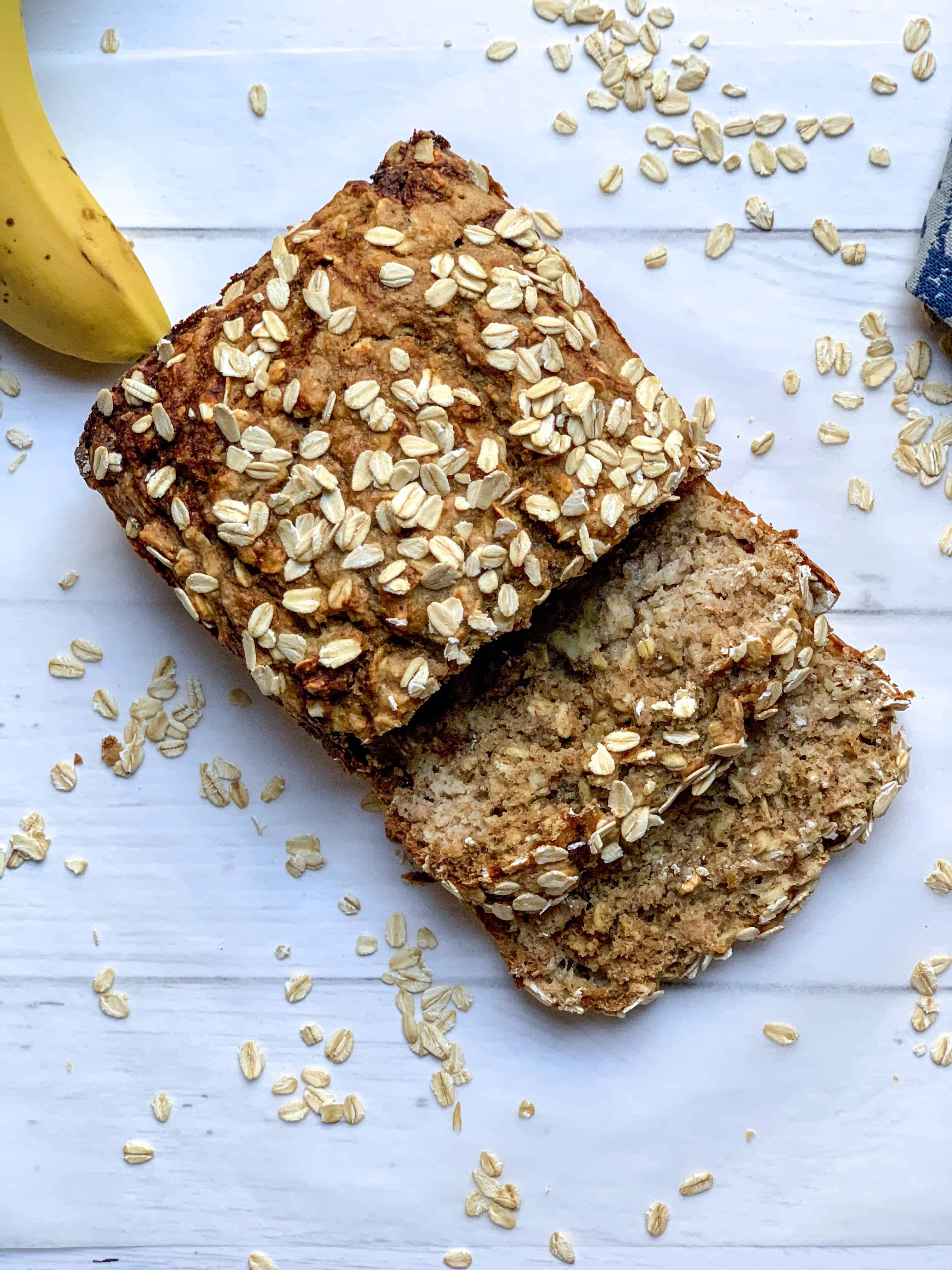 This oatmeal banana bread is the banana bread you're looking for if you're trying to go healthy.  This one is packed with rolled oats, whole wheat flour, honey as the only added sweetener, and unsweetened applesauce instead of oil.

It's particularly delicious as soon as it comes out of the oven slathered in some butter.

It's also perfect a couple days later toasted in the oven with a side of scrambled eggs.  Or covered with Nutella.  You choose. 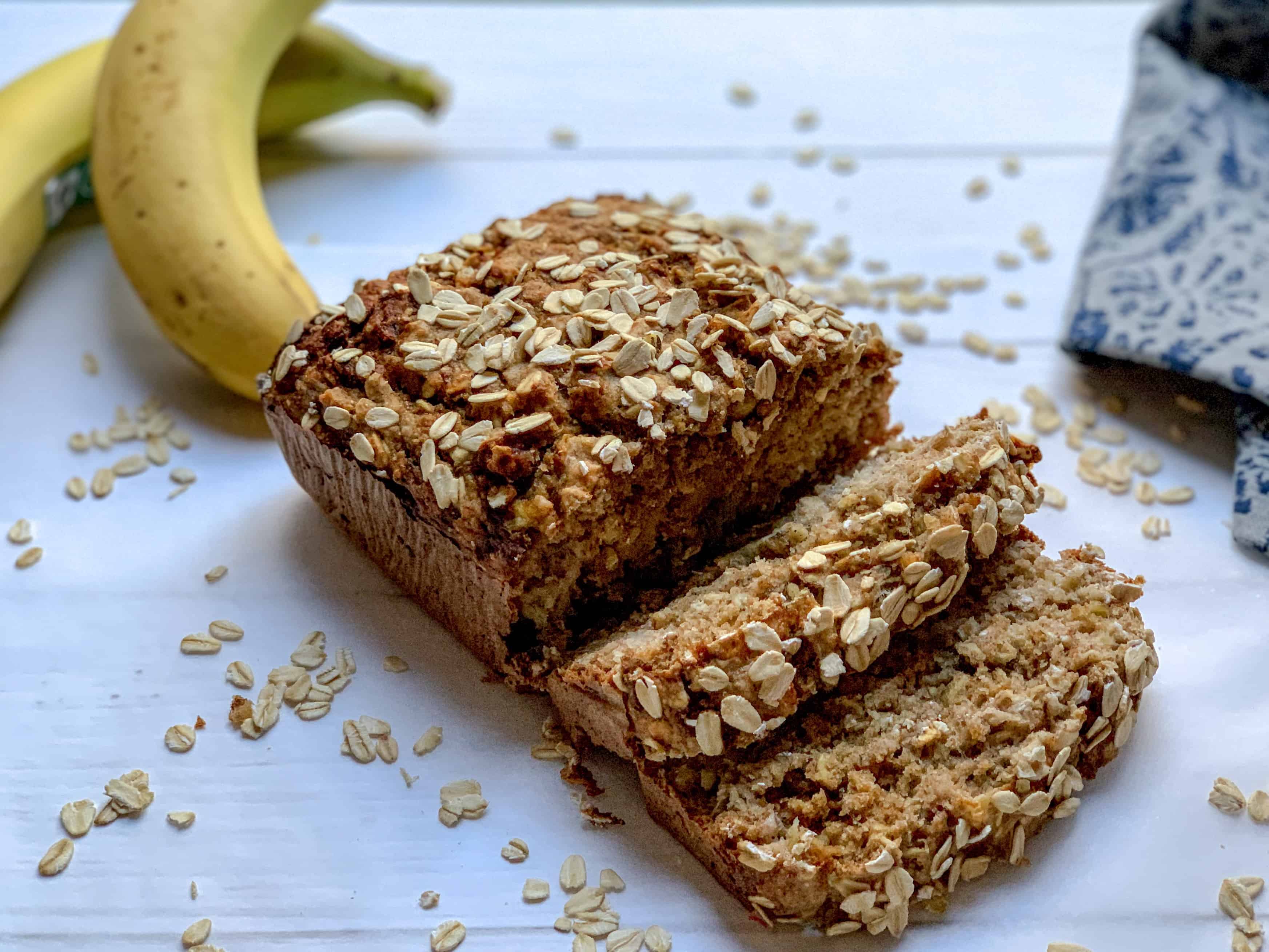 Either way, let's use up those bananas sitting in our fruit basket and feel good about it!

Smear that butter allllll over it so it's not *too* healthy.

Thanks for all the love, y'all! 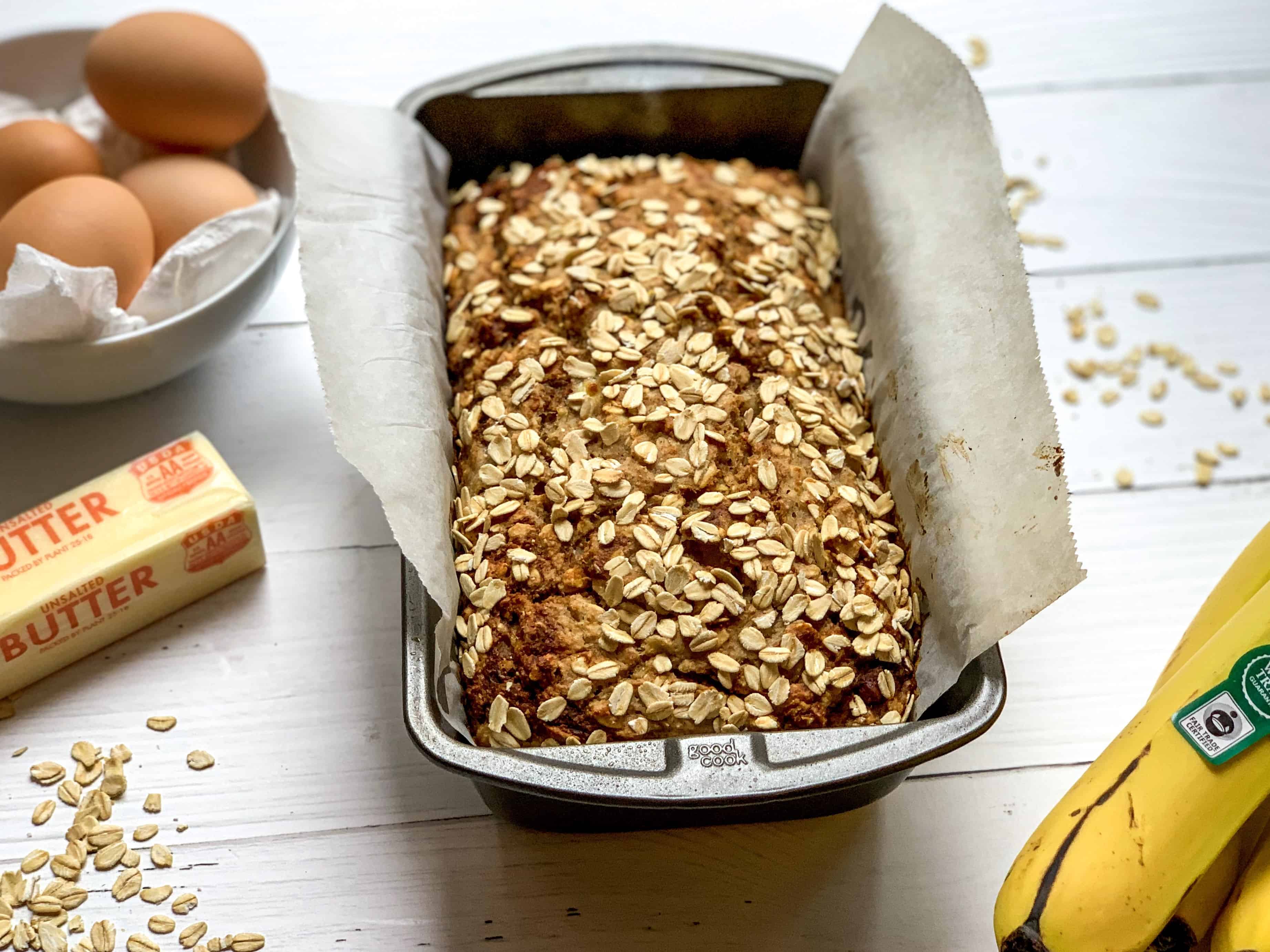